Kaspersky vs Bitdefender: Which is best in 2020?

So, you find yourself asking which antivirus software you should buy for protecting your home or enterprise working station. Everything is taken into account, the interface, ease of use, the features, scan options, the relevance of the software in the present time.

No worries, we have created a short overview of the major features and things you should consider when deciding whether Kaspersky or Bitdefender are perfect for your PC. We value your time and trust and also encourage you to make more investigation on the topic for your convenience. Of course, the final thoughts depend on your OS, the budget, and other aspects that would impact your pick.

Features comparison of Bitdefender vs Kaspersky

It is not a surprise that both Bitdefender and Kaspersky are well-known brands in the IT security market. For a long time, they have managed to engrave their names in history; even though, for some, these years were the turbulent ones (with data breach allegations and other perturbations).

Still, we value the ability of malware detection and removal above all other features when we are speaking about the product. The additional features are also the ones that must be at a peak. 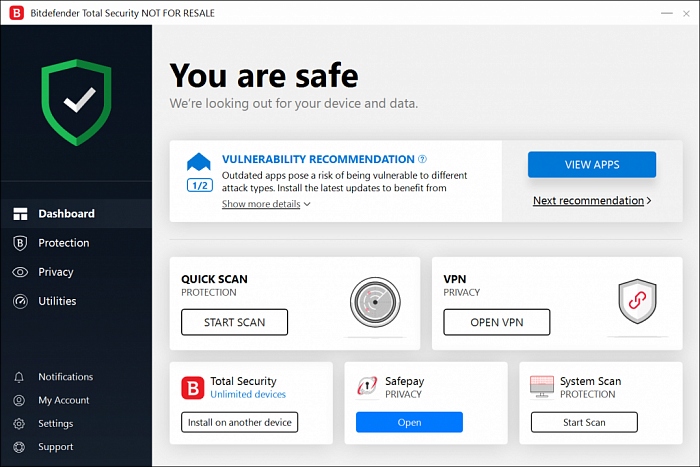 Bindefender antivirus offers a variety of plans that will be suitable for your needs. The cheaper plans do not have an impressive list of features, but it manages to cover the major areas of needs. The multi-device packages are the perfect solution with an extended features list.

All packages include the full protection suite, malware scanner, ransomware, webcam exploits, phishing, and dangerous apps extensions that will make your online experience as easy as it can be. Bitdefender includes SafePay, the extension for browser that disables any third party intrusion into your online transaction or bank operations. Bitdefender also offers a password manager that excludes identity thefts and data breaches; all information will be encrypted and stored in a manner that keeps it safe.

Additionally, you get Bitdefender VPN that saves you from man-in-the-middle attacks when connecting to unprotected networks or making any operations while browsing. Still, pay close attention to Bitdefender plans, as these features are distributed unevenly. 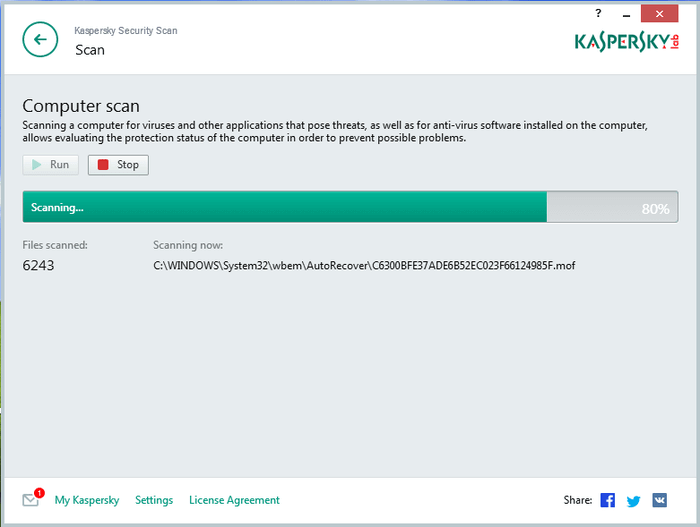 Kaspersky has a similar set of paid features, with the possibility to set up scans and secure your OS from any malware out there. The cheapest plan focuses on antivirus and malware protection, while other features are unlocked in other packages.

Kaspersky offers a VPN feature, but it has quite limited traffic per day, similar to Bitdefender. Webcam protection, private browsing, and privacy cleaner are among the features that keep your internet and social media surfing safe. Private Browsing mode includes ad blockers, phishing and ransomware protection, social networks management, and security against fake websites.

Kaspersky also includes a vulnerability scanner that will notify you whether your system has weaknesses and fixes them before it is too late. The antivirus also has a two-way firewall, hardened internet browser, Wi-Fi network scanner for looking up the weaknesses in your home network, and file shredder for getting rid of old apps and files.

Usually, free antivirus versions come as a solution for a limited time and have not much of the impressive features or possibilities to explore. Do not expect much both from Bitdefender and Kaspersky free versions, regardless of their respective positions at the top of reviews; after all, we are talking about “free” versions.

However, even in their free features, Bitdefender and Kaspersky have something to offer you.

The Bitdefender Free antivirus has basic features of scanning and defeating the malware that lurks when you use your laptop or PC offline or online. It has real-time protection, which may not be as effective as in its paid package, but you still can be sure that the program supervises the system. The Bitdefender Free version protects your online browsing as well. 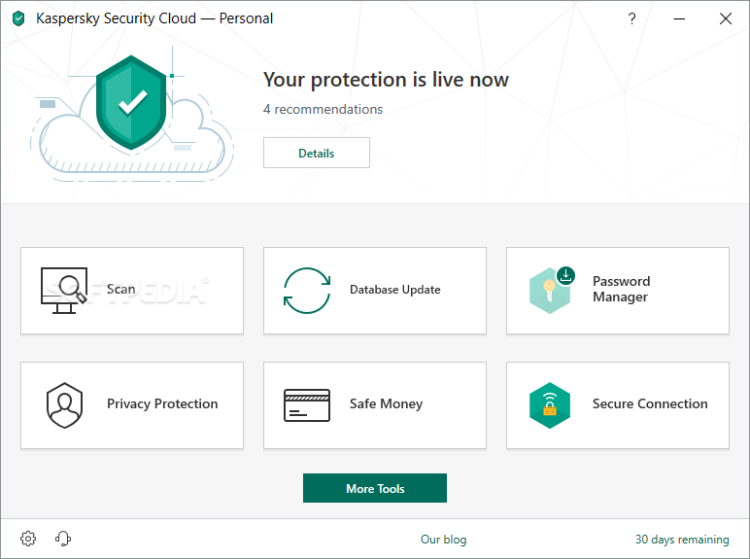 These two brands have similar plans with the features that are essential for paid versions and multiple perks for safe browsing and offline experience. Bitdefender plans include parental control and password manager, while Kaspersky has a password manager and security cloud. 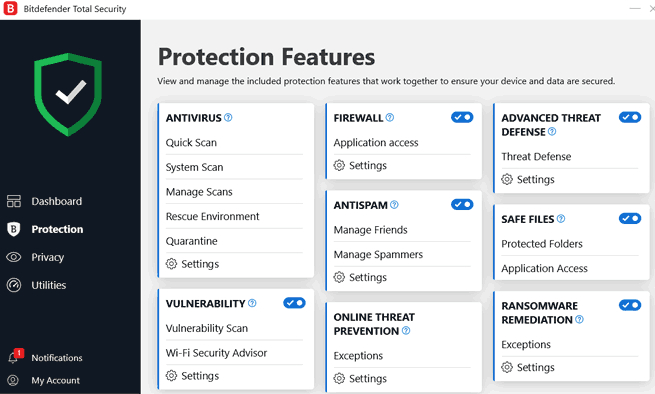 The difference between Kaspersky’s Antivirus and Total Security packages are visible within the OS supported and features included in it. Antivirus is available for PC only, while Total Security is compatible with multiple OS, has password manager, and file encryption.

While we describe only the surface of the plans and packages, you may check the full list of these features on the brand’s websites. You will have the impression that there are no significant differences, and we may agree – the most visible difference would be the price.

Kaspersky vs Bitdefender: Which is best?

Both Kaspersky and Bitdefender know well what they need to do and how to deliver their product to users.

Is there any significant difference between these two? They are more similar than different, at least both in their high-quality protection rate. The pricing is not as different as well; you get a quality and long-time subscription for a considerable price.

Kaspersky is more versatile with its scanning options, while Bitdefender offers more features for cheaper and free packages. The final decision will depend on some specific features that may be present either in Kaspersky or Bitdefender packages, the number of devices you wish to connect, and overall your thoughts on the brand.


Warning: count(): Parameter must be an array or an object that implements Countable in /home/antivirusreview/public_html/wp-content/themes/xkit/page-templates/page-compare.php on line 164

Warning: Invalid argument supplied for foreach() in /home/antivirusreview/public_html/wp-content/themes/xkit/page-templates/page-compare.php on line 167

Make your choice and you will be able to see what other users think. 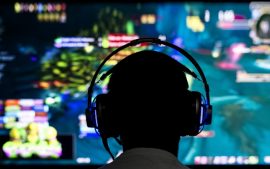 Today, video games are no longer just a fun pastime for children and teenagers — people of different ... 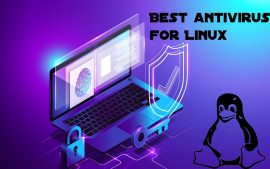 Any operating system is a very complex design that has a room for errors, problems, and other unpredictab ... 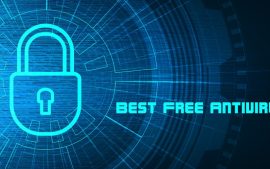 What is The Best Free Antivirus Software in 2021? Our PCs and mobiles are the essential devices that many of us use ev ... 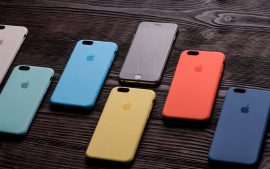 It is hard to imagine our lives without computers and the Internet. We literally live online. But this brought new ... 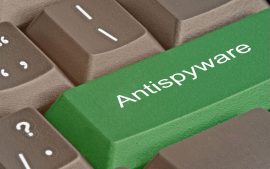 Spyware is a special kind of hazardous software which can steal your private information and permanently destroy yo ... 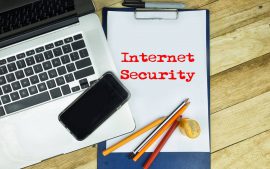 Would you agree to walk in the forest full of venomous spiders, snakes, mosquitoes, and mites without a protection ... 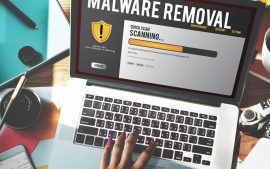 Over recent years, many aspects of our lives have shifted to the Internet. It includes, including business, enterta ... 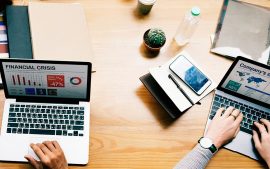 Keeping your corporate data safe and secure is crucial for your business, your reputation, and your personnel. You don’ ... 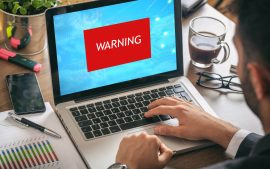 Mac users tend to believe that their computers running Mac OS are resistant to malware. But experts say t ... 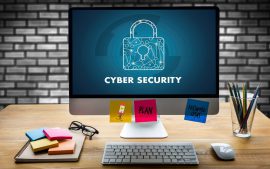 In the current context, antivirus software for Windows is crucial for any user, regardless of his e-literacy level, ...

Warning: count(): Parameter must be an array or an object that implements Countable in /home/antivirusreview/public_html/wp-content/themes/xkit/page-templates/page-compare.php on line 383