Intuitive and reliable solution for top-notch malware protection. It is also lightweight and has a lot of features to offer.

By far the best

By far the best, most effective and flexible internet security software. Easily installed on multiple devices and works quietly and unobtrusively in the background.

Generally good service, however I do fine that following updates I can find that there are some issues with my PC. After the recent update, I find that Windows updates has been switched off.

I have had two issues with my renewals but both were resolved above my expectation and done very quickly. This is an excellent product with excellent support which is rare these days.

Bitdefender is not a new player in the arena of antivirus solutions. The company was established in 2001 in Romania. As of today, Bitdefender sells its products in about 150 countries. It has a reputation of a reliable provider of high-quality antivirus software. In fact, many experts rank it among top-5 developers of anti-malware solutions.

Recently, the company has upgraded its tools dealing with ransomware. It has also constructed a network threat prevention aimed at blocking all kinds of attacks before they reach users’ computers.

Bitdefender also offers a remote virus & spyware removal service. If your computer gets infected, the tech support team will connect to it and wipe the dangerous stuff off. Note that this service is available for computers working on Windows only.

Another thing which we like about Bitdefender is that they offer products for different platforms and also have some great cross-platform offers. So, if you are looking for something special for your Mac or mobile device make sure you check this product.

We’ve studied dozens of user reviews and expert opinions before writing this article. Also, we’ve tested the software by ourselves in the conditions as close to real as possible. Based on the results, we’ve managed to figure out the following pros and cons of the product.

Bitdefender remains one of the most powerful protection tools and also one of the most affordable. The following list will give you an idea of the initial prices for each offer.

Note that Bitdefender offers a 30-day free trial for every single product described above.

Also, there is a special offer for mobile devices – Bitdefender Mobile Security which costs $14.99 for Android and is free for iOS. Note that before you buy a package for Android, you may first utilize the 14-day free trial version.

The main characteristic of any antivirus software is its effectiveness in fighting different types of malware and viruses. Of course, we can’t omit this question in our Bitdefender review.

According to the results published by independent testing labs, the overall performance of the products is very close to being perfect.

Thus, AV-Comparatives lab has awarded it with the Advanced+ status, which is the highest possible result. For the period from June to November 2018, Bitdefender managed to detect around 100% of potential threats, including the 0-day ones and demonstrated the minimal rate of false positives.

In February 2020, AV-TEST awarded 17 points out of the 18 possible to the software. That said, protection, performance, and usability were estimated at 6, 5.5 and 5.5 points. The similar results have been received by SE Labs and MRG-Effitas earlier.

We tested the software in different modes by ourselves, and the results were impressive. The defender responded to potential threats instantly – literally, in a fraction of a second. During tests, it didn’t miss a single threat – either known or zero-day one. The same can be said about phishing and potentially unsafe/fraudulent pages that were blocked in almost 100% of cases. 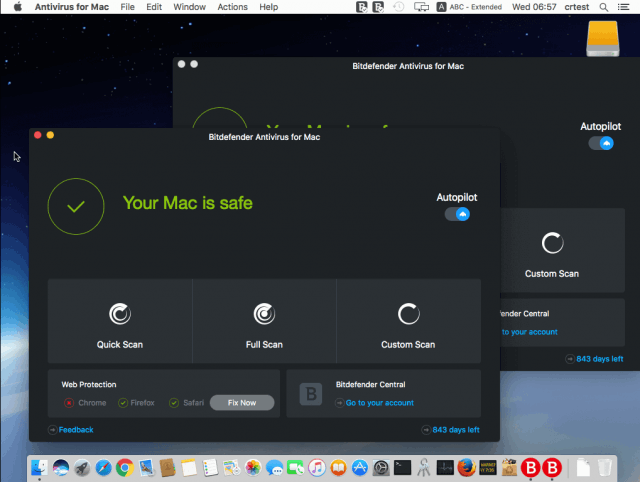 The capability of detecting malware, including ransomware was always a cogent Bitdefender’s competitive advantage. Every single product provides top protection to devices running on different platforms.

Its malware protection is based on three steps. First, Bitdefender scans every file to find suspicious codes. If it finds anything, it compares it to known malware signatures and checks how the file behaves. Dubious information is sent to the company for analysis, and new signatures are distributed to users all over the world.

The mechanism of anti-ransomware action is rather interesting too. The defender copies and hides the important files or documents. If a ransomware attack happens and your computer is infected, these files will stay preserved and protected, and you will be able to access them.

But the company decided to go even further. It has improved its tools against ransomware and even added a brand new ransomware remediation tool to its packages. It has also developed adaptive layer protection which blocks all kinds of attacks before they get too close.

Bitdefender offers two main types of scans – a quick scan and a full system scan. You can start those right from the dashboard and schedule automatic scans the way you like. Also, if you use a USB, the antivirus will automatically scan it too.

Finally, the software provides checks of WiFi networks and vulnerability scans. Having all the scan options in one place, Bitdefender does a really good job in detecting viruses and malware.

Starting from the installation process and up to daily usage, Bitdefender is extremely simple. In fact, once you install and customize it, you will literally forget you have it.

Bitdefender offers two installation options – from its web platform Bitdefender Central and from the disk. The latter is a perfect solution for users that encounter connection problems or have a low-speed Internet connection. The whole process is simple yet might require some time. Beware though that your OS should meet certain requirements for installing the antivirus.

Recently, Bitdefender made some changes its appearance. The interface has plenty of information but does not look messy anymore.

Thus, the dashboard displays a green check when there are no security issues on the machine. In case the antivirus detects anything suspicious, it will change into the red X sign. You will also see the Autopilot recommendations, links to Quick Scan, the VPN and the Safepay browser. Do you need more? Feel free to add another module within seconds.

There are also few links to customization options on the screen which will give you better control over Bitdefender. These are Protection, Privacy, Utilities, and a few more. No doubt the company did a great job making its interface as simple as possible.

What we really like about Bitdefender is its impact on system performance. Or, in fact, hardly any impact. When we conducted a deep scan test, we did not experience any lag on our device. We even managed to watch videos without any problems. Thus, the antivirus works so smoothly that you will not notice it is there. 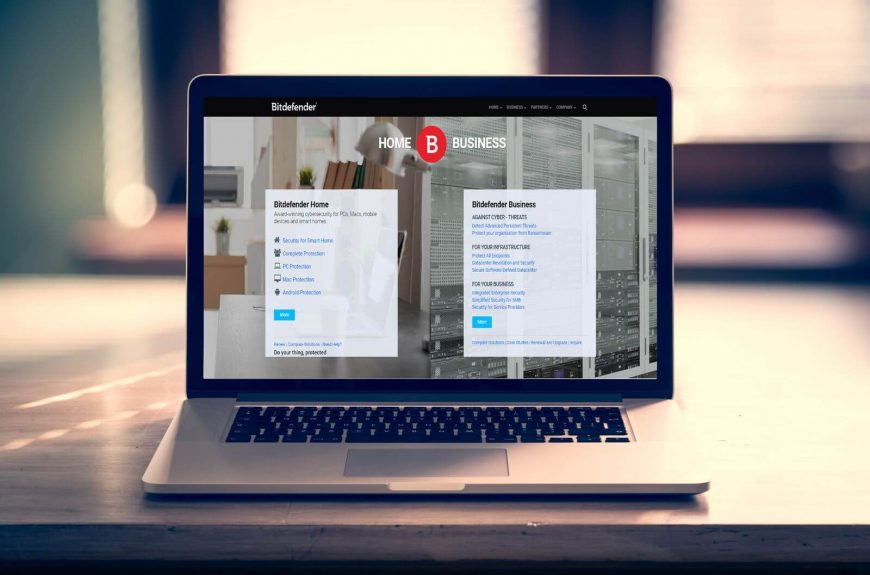 Bitdefender is a full-featured product. But the particular set of features depends on the package chosen. Let’s review the currently available options briefly.

Also, there are business solutions offered by the provider, but we won’t cover them in this article. However, we don’t have a shade of a doubt that they are as great as the basic plans.

The last thing we are going to talk about is customer support. Apart from an informative blog and the FAQ section, the provider offers live support via a chat (to registered users only), e-mail, or by phone. Chances are you won’t need it too often, as all the necessary information is presented on the website, and the software itself is extremely simple to use.

Still, when writing this review, we came across some unpleasant feedback from about the level of support from the Bitdefender’s team. So, we decided to try them ourselves. We contacted Bitdefender’s tech support and asked to help with the installation. Well, a detailed answer arrived in about 5 hours which is not bad at all.

Bitdefender is truly award-winning antivirus software. It scores very high in all lab tests. That said, it has plenty of useful features that provide the strongest protection from almost all types of cyber threats. Taking into account its quite reasonable price, we definitely recommend the product to everyone who is looking for affordable and reliable protection in 2021.