Windows always had some built-in tools for protection. But they were far from reliable, and users never trusted them. However, we can see how Microsoft tries to improve its products. And Windows Defender is supposed to become better, too (Windows Defender review).

So is it any good now, or should Windows users continue getting third-party antiviruses to keep their computers protected? Let’s take a look at lab tests and figure out if you can trust this tool.

What do You Get with Windows Defender?

If you have Windows 8.1 or 10, you will get Windows Defender by default. This tool is an enhanced successor of Microsoft Security Essentials and is supposed to work decently due to all the improvements. You can’t remove Defender. The only way to stop is from working is to disable it. 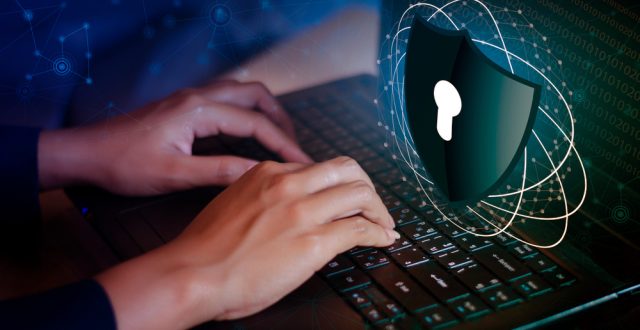 This built-in antivirus offers basic tools for malware protection. It features a one-way firewall, parental control, and a game mode. If you need some more tools like a password manager, a file shredder or cloud storage, you’ll have to get a third-party solution.

Let’s start with the most important thing – reliability. Windows Defender works in the background and usually doesn’t interfere with your interaction with the computer. This tool has a basic antivirus algorithm – it scans files to find the known malware and tracks the behavior of software to detect any suspicious actions. Possible threats get captured and uploaded to the cloud lab so that specialists can analyze them. But you can turn this feature off if you don’t want your data to be collected. 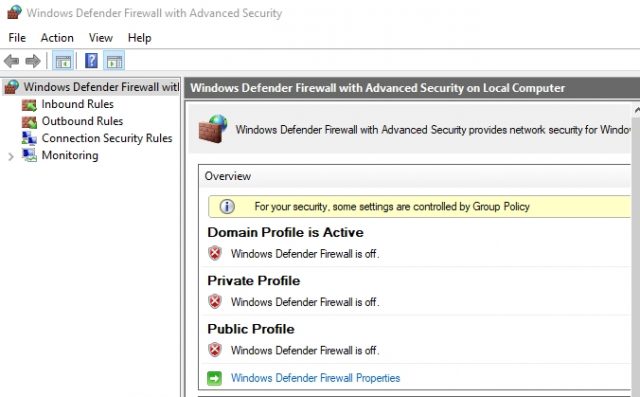 Additionally, Windows Defender can fish out dangerous parts from the junk code in malicious software. Also, this antivirus protects the system against ransomware and safeguards the data from theft. And if malware harms any files, your Windows 10 system will access OneDrive and retrieve the latest backup.

Moreover, Defender scans all plugged in USB drives automatically. And you can scan particular folders or files if you need.

But let’s talk about lab tests now. During the latest AV-Test in February 2019 Defender successfully blocked 100% of both 0-day malware attacks and viruses from the reference set. Therefore, this antivirus scored a perfect 6 points out of a possible 6.

Still, during tests by AV-Comparatives, Windows Defender performed worse – it blocked only 99.5% of all threats. And while 0.5% seems not that significant, it can be the reason why your computer eventually got infected. Nevertheless, AV-Comparatives gave Microsoft an advanced level award.

So, Defender performs quite well. But it still can’t compete with the best antiviruses in the market. And not only because of the imperfect score, but because of the lack of features as well.

What about System Impact and Usability?

As we have already mentioned in this Windows Defender review, you can’t delete this antivirus. There is only one way to prevent it from working – to disable it. But here is the good news. Even if you keep Defender running all the time, it will not overload the system. Moreover, in some cases, it performs even better than the best antiviruses like Avast. The full scan took less than ten minutes, and that’s the great result.

However, unlike other antiviruses, Defender scanning process doesn’t take less time after multiple scans. Other programs usually learn the system to shorten the scanning – they understand which files are safe to ignore. But ten minutes for a full scan is still a decent pace. As for a quick scan, it will take around two minutes.

Now let’s talk about usability. The interface is not as user-friendly as we would want it to be. To just run a scan you will need to do at least seven or eight clicks. And that’s a lot compared to other antiviruses that would require only up to three clicks to run a scan. Although, there is a shortcut in the task tray for a quick scan.

The Defender’s Security Center has seven sections with small marks that show a user a status of the section – the green one indicates that everything is alright, and the yellow exclamation point shows the user that they need to perform some action. If something serious happens, the mark will change to the red X.

All the sections are rather straightforward, and pretty much every user will have few to none issues interacting with it. However, there are two significant downsides. First of all, you can’t schedule scans with Defender. And also there is no dedicated support team. So you will have to use the common Microsoft tech support that can be quite time-consuming since you will need to get to the right specialist first.

Even though the Defender is okay, it is not as good as other third-party antiviruses. To see the difference, let’s compare it to the best products that offer a free plan.

This antivirus got a TOP product award from AV-Test lab that you can read in our Avast review. It scored perfect six points for the reliability and usability, and 5.5 points for the performance. It blocks all the threats – both zero-day attacks and known malware. So even for free, you will get the robust protection that is better than Defender can offer. Also, Avast is known for its user-friendly interface.

This antivirus has almost no impact on the system. It slows down a bit the launching of popular sites because it scans them first. Avast doesn’t impact the download of frequently-used apps and slows down the launch and installation of programs insignificantly. Overall, you will not even notice how the antivirus works. In addition to antimalware protection, with Avast you get a free password manager.

It is another provider that offers a decent product for free. Kaspersky antivirus also has a perfect 100% detection rate both of zero-day and known threats. However, in terms of system impact, this antivirus performs worse than Avast. Kaspersky can slow down the loading of the site up to 47%. And that’s quite a lot.

Still, the interface is easy to use, so even the beginner will be able to understand all the features. And if you have any issues, the support team answers really quickly, so you will get help if you need any. There is no such opportunity with Defender since there is no dedicated support.

Avira is one more antivirus provider that offers reliable protection for free. During AV-Test it detected all the threats and had zero false warnings. So with Avira, you will be totally safe, and the program will not distract you with useless alarms. And with a simple interface, you will never get confused with features.

This antivirus is less resource-hungry than Kaspersky, and it almost won’t slow the system down. We can compare the impact to lightweight Avast – Avira runs as quietly and smoothly. You can expect it to slow down the loading of popular sites only by 10%, which is so insignificant you won’t even notice.

Is Windows Defender Enough for Windows 10?

Windows Defender offers decent protection, and you can just stick to it if you want. This antivirus is reliable enough for you to be sure your computer is quite safe. However, some threats might pass unnoticed by Windows Defender – test results have always been somewhat inconsistent, and we can’t be sure this program will remain as good as it is now.

As you could see from brief reviews of other products, even the free antivirus can give you a better service than Windows Defender. So we advise you to try one of the providers we covered in this review and add the trusted antivirus to your security suite. In this way, you will be protected from any existing cyber threat.